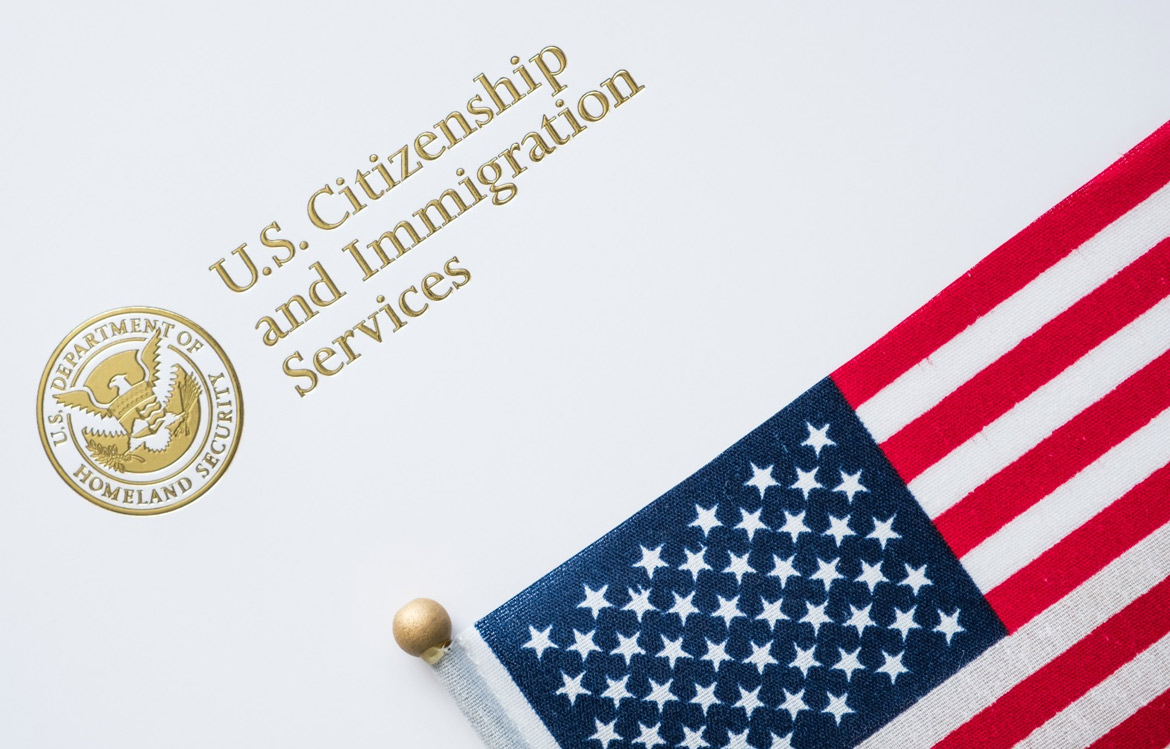 The U.S. Citizenship Act of 2021 establishes a new system to responsibly manage and secure our border, keep our families and communities safe, and better manage migration across the Hemisphere

President Biden is sending a bill to Congress on day one to restore humanity and American values to our immigration system. The bill provides hardworking people who enrich our communities every day and who have lived here for years, in some cases for decades, an opportunity to earn citizenship. The legislation modernizes our immigration system, and prioritizes keeping families together, growing our economy, responsibly managing the border with smart investments, addressing the root causes of migration from Central America, and ensuring that the United States remains a refuge for those fleeing persecution. The bill will stimulate our economy while ensuring that every worker is protected. The bill creates an earned path to citizenship for our immigrant neighbors, colleagues, parishioners, community leaders, friends, and loved ones—including Dreamers and the essential workers who have risked their lives to serve and protect American communities.

The U.S. Citizenship Act will:

the ability to apply for green cards after five years if they pass criminal and national security background checks and pay their taxes. Dreamers, TPS holders, and immigrant farmworkers who meet specific requirements are eligible for green cards immediately under the legislation. After three years, all green card holders who pass additional background checks and demonstrate knowledge of English and U.S. civics can apply to become citizens. Applicants must be physically present in the United States on or before January 1, 2021. The Secretary of the Department of Homeland Security (DHS) may waive the presence requirement for those deported on or after January 20, 2017 who were physically present for at least three years prior to removal for family unity and other humanitarian purposes. Lastly, the bill further recognizes America as a nation of immigrants by changing the word “alien” to “noncitizen” in our immigration laws.

●  Keep families together. ​The bill reforms the family-based immigration system by clearing backlogs, recapturing unused visas, eliminating lengthy wait times, and increasing per-country visa caps. It also eliminates the so-called “3 and 10-year bars,” and other provisions that keep families apart. The bill further supports familes by more explicitly including permanent partnerships and eliminating discrimination facing LGBTQ+ families. It also provides protections for orphans, widows, children, and Filipino veterans who fought alongside the United States in World War II. Lastly, the bill allows immigrants with approved family-sponsorship petitions to join family in the United States on a temporary basis while they wait for green cards to become available.

●  Embrace diversity. ​The bill includes the NO BAN Act that prohibits discrimination based on religion and limits presidential authority to issue future bans. The bill also increases Diversity Visas to 80,000 from 55,000.

●  Grow our economy. ​This bill clears employment-based visa backlogs, recaptures unused visas, reduces lengthy wait times, and eliminates per-country visa caps. The bill makes it easier for graduates of U.S. universities with advanced STEM degrees to stay in the United States; improves access to green cards for workers in lower-wage sectors; and eliminates other unnecessary hurdles for employment-based green cards. The bill provides dependents of H-1B visa holders work authorization, and children are prevented from “aging out” of the system. The bill also creates a pilot program to stimulate regional economic development, gives DHS the authority to adjust green cards based on macroeconomic conditions, and incentivizes higher wages for non-immigrant, high-skilled visas to prevent unfair competition with American workers.

●  Protect workers from exploitation and improve the employment verification process. ​The bill requires that DHS and the Department of Labor establish a commission involving labor, employer, and civil rights organizations to make recommendations for improving the employment verification process. Workers who suffer serious labor violations and cooperate with worker protection agencies will be granted greater access to U visa relief. The bill protects workers who are victims of workplace retaliation from deportation in order to allow labor agencies to interview these workers. It also protects migrant and seasonal workers, and increases penalties for employers who violate labor laws.

●  Supplement existing border resources with technology and infrastructure. ​The legislation builds on record budget allocations for immigration enforcement by authorizing additional funding for the Secretary of DHS to develop and implement a plan to deploy technology to expedite screening and enhance the ability to identify narcotics and other contraband at every land, air, and sea port of entry. This includes high-throughput scanning technologies to ensure that all commercial and passenger vehicles and freight rail traffic entering the United States at land ports of entry and rail-border crossings along the border undergo pre-primary scanning. It also authorizes and provides funding for plans to improve infrastructure at ports of entry to enhance the ability to process asylum seekers and detect, interdict, disrupt and prevent narcotics from entering the United States. It authorizes the DHS Secretary to develop and implement a strategy to manage and secure the southern border between ports of entry that focuses on flexible solutions and technologies that expand the ability to detect illicit activity, evaluate the effectiveness of border security operations, and be easily relocated and broken out by Border Patrol Sector. To protect privacy, the DHS Inspector General is authorized to conduct oversight to ensure that employed technology effectively serves legitimate agency purposes.

●  Manage the border and protect border communities. ​The bill provides funding for training and continuing education to promote agent and officer safety and professionalism. It also creates a Border Community Stakeholder Advisory Committee, provides more special agents at the DHS Office of Professional Responsibility to investigate criminal and administrative misconduct, and requires the issuance of department-wide policies governing the use of force. The bill directs the Government Accountability Office (GAO) to study the impact of DHS’s authority to waive environmental and state and federal laws to expedite the construction of barriers and roads near U.S. borders and provides for additional rescue beacons to prevent needless deaths along the border. The bill authorizes and provides funding for DHS, in coordination with the Department of Health and Human Services (HHS) and nongovernmental experts, to develop guidelines and protocols for standards of care for individuals, families, and children in CBP custody.

●  Crack down on criminal organizations.​ The bill enhances the ability to prosecute individuals involved in smuggling and trafficking networks who are responsible for the exploitation of migrants. It also expands investigations, intelligence collection and analysis pursuant to the Foreign Narcotics Kingpin Designation Act to increase sanctions against foreign narcotics traffickers, their organizations and networks. The bill also requires the Federal Bureau of Investigation (FBI), Drug Enforcement Agency (DEA) and DHS, in coordination with the Secretary of State, to improve and expand transnational anti-gang task forces in Central America.

●  Start from the source. ​The bill codifies and funds the President’s $4 billion four-year inter-agency plan to address the underlying causes of migration in the region, including by increasing assistance to El Salvador, Guatemala, and Honduras, conditioned on their ability to reduce the endemic corruption, violence, and poverty that causes people to flee their home countries. It also creates safe and legal channels for people to seek protection, including by establishing Designated Processing Centers throughout Central America to register and process displaced persons for refugee resettlement and other lawful migration avenues—either to the United States or other partner countries. The bill also re-institutes the Central American Minors program to reunite children with U.S. relatives and creates a Central American Family Reunification Parole Program to more quickly unite families with approved family sponsorship petitions.

●  Improve the immigration courts and protect vulnerable individuals. ​The bill expands family case management programs, reduces immigration court backlogs, expands training for immigration judges, and improves technology for immigration courts. The bill also restores fairness and balance to our immigration system by providing judges and adjudicators with discretion to review cases and grant relief to deserving individuals. Funding is authorized for legal orientation programs and counsel for children, vulnerable individuals, and others when necessary to ensure the fair and efficient resolution of their claims. The bill also provides funding for school districts educating unaccompanied children, while clarifying sponsor responsibilities for such children.

●  Support asylum seekers and other vulnerable populations.​ The bill eliminates the one-year deadline for filing asylum claims and provides funding to reduce asylum application backlogs. It also increases protections for U visa, T visa, and VAWA applicants, including by raising the cap on U visas from 10,000 to 30,000. The bill also expands protections for foreign nationals assisting U.S. troops.